Why is it a Challenge to Control Rising Healthcare Costs? It's the Prices

The U.S. is spending nearly 20% of its Gross Domestic Product on healthcare services, which crowds out other needed products and services. Most other countries limit spending by imposing tight budget constraints on spending. Why are healthcare cost rising so quickly? “I’ve heard excessive estimates that 20-30% of rising costs are due to waste,” said Stuart Altman, Ph.D., Sol C. Chaikin Professor of National Health Policy at The Heller School for Social Policy and Management at Brandeis University. “Those of us in the healthcare policy arena haven’t been able to figure out where all that waste is.” Although representing a higher percentage than other countries, administrative spending only comprises 8% of total healthcare spending.

Excessive use of hospital and physician services aren’t to blame for high spending either. Annual hospital and physician visits per capita are in the middle of the pack compared to other countries, according to The Commonwealth Fund. An aging population accounted for 12% of the growth in healthcare spending between 1996 and 2013, according to a 2017 JAMA study. “It’s the prices, stupid,” said Dr. Altman. According to the Centers for Medicare and Medicaid, price accounts for half of spending growth, and will continue to drive future spending growth.

Rising healthcare prices is particularly problematic for commercial insurance payers. Hospitals make up for lower government payments by charging private purchasers higher prices. By 2019, employers were paying an average of 180% of outpatient and inpatient hospital Medicare costs to make up for these lower Medicare and Medicaid payments. In some states the gap had reached 350%. “Employers have become a hidden taxing system,” said Dr. Altman. “If private rates were reduced to Medicare rates, hospital revenue in some areas could drop by 35 to 50 percent.” Escalating drug costs are also impacting overall healthcare costs, and the U.S. bears a disproportionate burden of drug development costs, according to Dr. Altman. 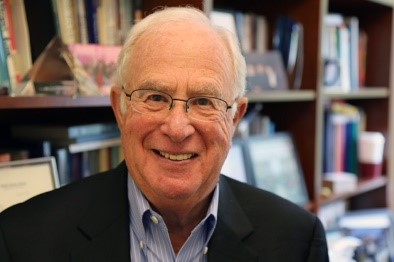 The state of Massachusetts has led the way on tackling total healthcare costs, not just Medicaid, when it passed a healthcare spending law in 2012. The state set a total spending growth benchmark of 3.6% per year, which is now 3.1%. The Health Policy Commission, on which Dr. Altman serves as Chair, focuses on improving the delivery system. The agency:

These efforts have paid off, and private insurance spending in Massachusetts is growing less rapidly than in the U.S. The Health Policy Commission estimates that Healthcare Cost Reform has saved $7.2 billion in avoided costs since 2013. 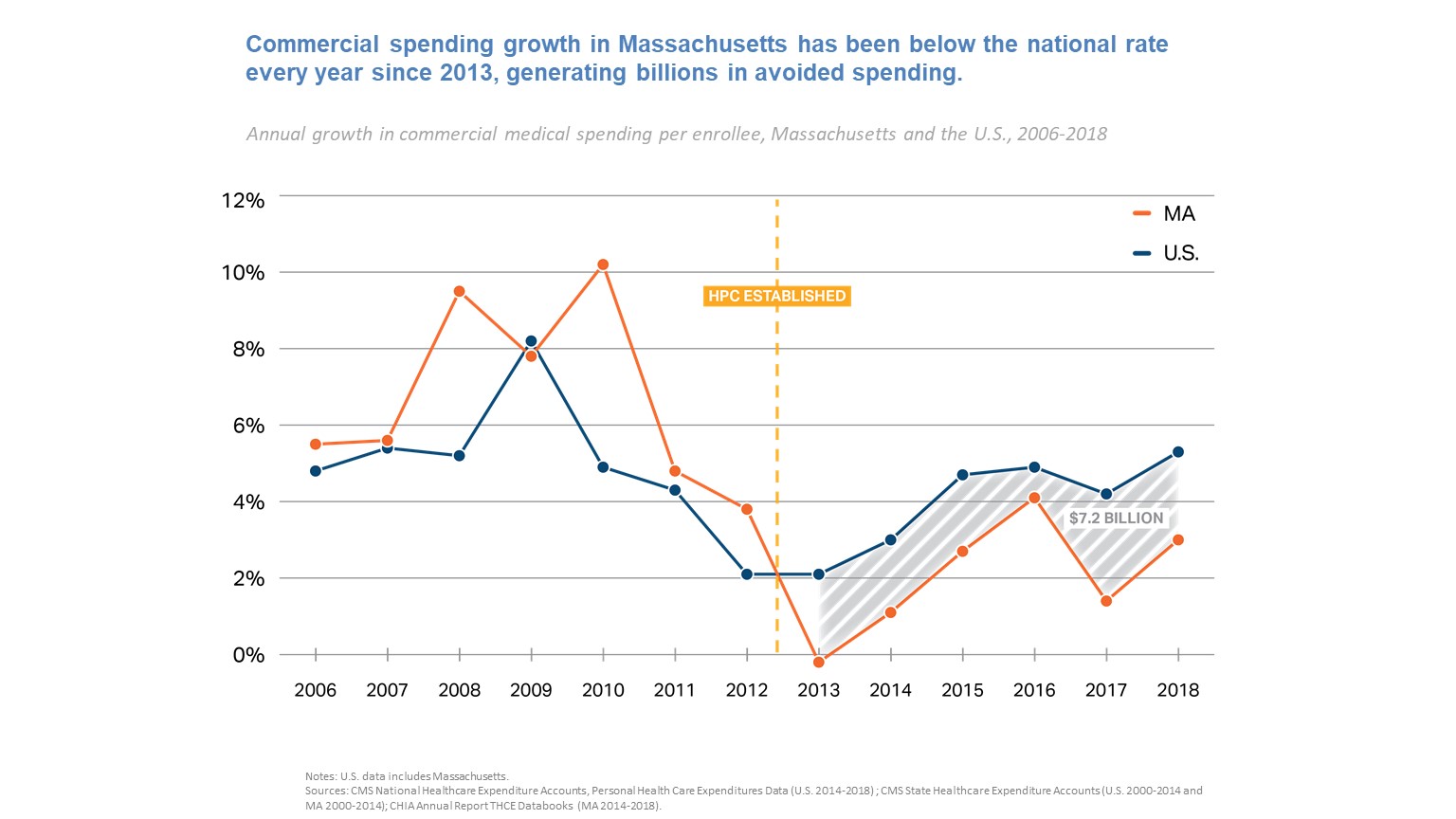 Massachusetts has the third highest healthcare costs of any state. “The higher the income of a state, the more they spend on healthcare,” said Dr. Altman. He points to especially high hospital and prescription drug costs. “Forty-two percent of hospital care is taking place in high-cost academic medical centers compared to the U.S. average of eighteen percent,” he says.

“Employers need to play a bigger role in moderating cost growth,” said Dr. Altman. He says that the usual efforts of controlling spending via utilization management isn’t tackling the cost issue and just creates consumer backlash. He says that provider consolidation creates a power dynamic that payers can’t win. The providers have the clout to name their price.

“Limited network and tiered network programs are an effective approach for tackling rising costs as long as they don’t deny care,” said Dr. Altman. He notes that good health isn’t correlated to healthcare, it’s the product of other factors, such as income, education, diet, occupation, quality of air, and where one lives. “Only 20%-30% of health is related to healthcare quality,” says Dr. Altman. He doesn’t expect healthcare to look a lot different post-COVID, but he does think telehealth will play a greater role than it did before the pandemic.

“The creation of edHEALTH was a good idea,” said Dr. Altman. “Bringing together higher education institutions to collaboratively address rising healthcare costs is a winning strategy.”

Dr. Stuart Altman spoke at edHEALTH’s February 25 Thought Leadership Seminar. He is an economist with five decades of experience working closely with issues of federal and state health policy within government, the private sector, and academia. Dr. Stuart Altman has served on multiple federal and state government healthcare advisory boards including as an advisor to five U.S. presidential administrations.

How Does HR's Role Become More Interesting and Rewarding After Joining edHEALTH?

Time – it often seems like there’s not enough of it to get everything we want to do completed. College and university Human Resources departments are especia...

edHEALTH’s President and CEO, Tracy Hassett, has been an avid football fan since she was young. It’s a sport she’s shared with her dad over the years. They w...

Did You Know That All edHEALTH PPO Members Enjoy Access to In-Network Providers?

Did you know that all member school faculty and staff have access to in-network healthcare providers regardless of where they live? Employees enrolled in any...

Find out:How to Unlock Additional Savings if You’re a Go-...

Did You Know That All edHEALTH PPO Members Enjoy Access to In-Network Providers?

Did you know that all member school faculty and staff hav...